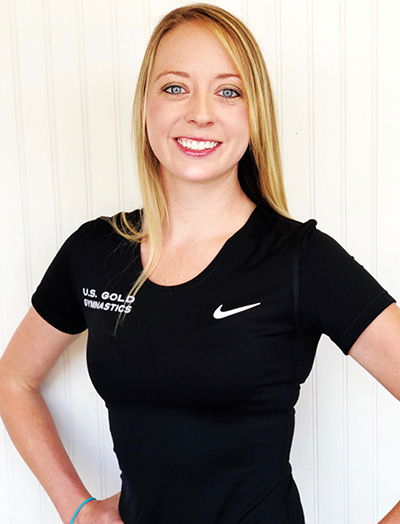 Noelle started coaching at 19-years-old and has been a region 5 gymnast since she was 4-years-old.  After competing at level 10 in high school she continued to do club gymnastics in college. She has had many excellent learning opportunities in the 9-years she has been coaching. Noelle had national TOPS team qualifiers consistently since 2011 and attended multiple TOPS educational camps. Along with TOPS camps, she attended Developmental pre- elite camp.  Other camps she has attended include the Region 8 training camps.  She has enjoyed coaching levels 1- 10 but has also coached successful pre-elite and elite gymnasts.  Over the past years, she has coached consistent State, Regional, and National qualifiers in levels 7-10 who earned top honors in their divisions. 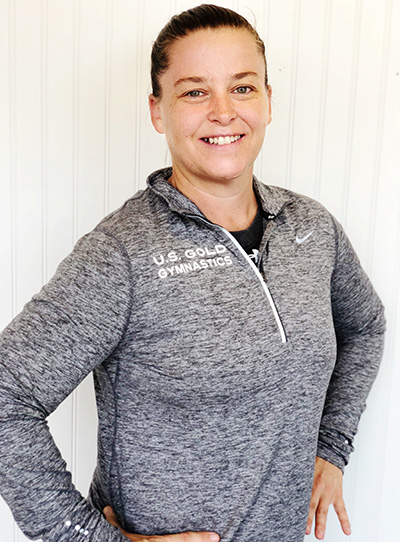 Kelly has been active in the gymnastics community for over 30 years.  Before coaching Kelly was a competitive gymnast in Texas under Bela and Marta Karolyi who helped her to become an Elite gymnast.  She previously built and maintained and highly successful compulsory and optional team program before joining US Gold Gymnastics.  Within that time she produced numerous State, Regional, and National Champions that continued their gymnastics career on full gymnastics scholarships to NCAA schools.  Due to her high success, she was invited to participate in several Region 8 Team training camps and was a valued presenter at regional gymnastics congress.  She has also had a high success rate with several national Tops qualifiers and has attended multiple TOPS camps and developmental camps.